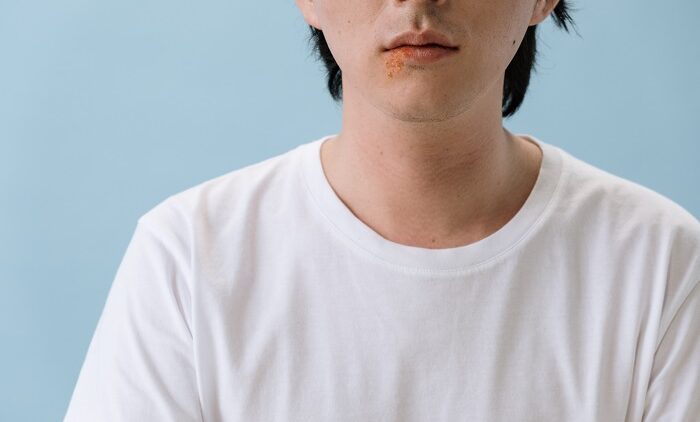 It is of two types: a) HSV-1, Oral herpes causes cold sores and blisters around the mouth and face’s) HSV-2, It is responsible for genital herpes outbreak. HSV Singles: HSV is not so uncommon disease. A study says that half of the population has HSV-1 and one out of every six people of age 14-49 has HSV-2.

The virus is characterized in three phases: initial infection, which is followed by the latency phase where the infection remains dormant and shows no symptoms. The last phase is where you’d experience recurrent outbreaks.

Where does the herpes simplex virus reside in the body?

This virus is known to be latent in nature. After the virus has found its way into the body, it gets into nerve roots and affects the sensory nerve Ganglia. The Ganglia are similar to junctions where nerves from different parts of the body converge.

I have heard that genital herpes is very common. Is it true?

According to the data issued by the Center for Disease Control (CDC), approximately 50 million people in the United States are infected with this strand of the virus. According to studies, HSV is more common in women as well as people that have had more than 5 sex partners. However, it has been observed that most people that have herpes don’t know about it due to its asymptomatic nature. Due to this reason many people don’t realize that they’re infected until they undergo a serological exam.

I don’t have lesions. What does this mean?

Most people with herpes don’t have any lesions. Typical lesions are in the form of little blisters when then progress onto become cold sores (genital ulcers). Showing no symptoms doesn’t mean that you’re infected. People with an active sex life are advised to undergo a seismological exam every 6 months.

Can I spread genital herpes to people I am involved with?

How do I know that I’ve been infected with HSV?

The symptoms of herpes are non-specific and often very mild. In some cases, infected individuals may experience blisters or cold sores that are generally painful. Prior to the development of lesions, people might experience a burning sensation in the area. This can be accompanied with irritation and discomfort in the genitalia .

I had lesions but my culture was tested negative for HSV. Does this mean I don’t have herpes?

The biggest problem with herpes diagnosis is the level of sensitivity. There are a couple of reasons why cultures turn out to negative:

Can the herpes simplex virus be transmitted because of oral sex?

Yes. Also, the transmission can occur during an outbreak as well as in the asymptomatic phase. Oral sex is one of the biggest reasons behind the spread of HSV 1.

Is there any cure for herpes?

Medical sciences haven’t been able to find a cure to herpes. However, anti-viral drugs have proven to be highly effective in reducing the pain induced by symptoms of herpes. It can also reduce the number of outbreaks or viral replications in the body.

Do these medications have any side-effects?

Medical sciences have shown these drugs to have minimal impact on the human body. There is no evidence of major complication brought about as a result of consumption of these medicines.

Is it safe to consume these drugs during pregnancy?

Medical experts have found out that pregnant women can consume anti-viral drugs as they don’t have any influence on the fetus. The Center for Disease Control conducted a study on over 800 woman and infants and found out that consumption of medicines doesn’t lead to any medical complications nor did they cause any fetal abnormalities.

I have herpes. Can I get HIV too? Is there any relation between the two?

Herpes and HIV are caused by two different viruses. However, once your immunity is tainted by the HSV, you’re more likely to get infected with HIV provided you come in contact with it. Individuals that are tested positive for Herpes are advised to check for other sexually transmitted infections.

Patients that are infected with both the herpes simplex virus and the human immunodeficiency virus are known to have greater viral load, owing to interactions caused between both viruses. When an individual’s immunity takes a hit from HIV, he is more likely to shed HSV a symptomatically.

This is my first HSV outbreak. When did I get infected with the virus?

The first outbreak after contracting with HSV can be days, months or even years after the initial infection. The only way to determine whether or not this was your first outbreak is to get a serological test done. In addition, a serological test can only testify the presence of the virus and cannot show the exact period when you’ve come in contact with it for the first time.

Does using a condom prevent transmission of the virus to my partner?

What do I tell my partner?

What kind of resistance is helpful?

Certain medications such as acyclovir, famcyclovir and valacyclovir are the best known drugs that can provide relief from symptoms of herpes. While there is very little resistance offered, the response to treatment greatly varies from person to person. There are cases when a person might need additional drugs to suppress viral outbreaks.