The Food and Drug Administration of the United States approved a first-of-its-kind drug that employs the herpes virus to penetrate and completely destroy skin cancer tumors.

The injectable drug from Amgen Inc. was approved by the FDA yesterday. The new drug would be used to treat patients with melanoma, which is regarded as the deadliest form of skin cancer. According to estimates, melanoma is expected to affect about 74,000 individuals this year.

The regulators at FDA stressed on the fact that Imlygic has no affect on melanoma that has already spread to other parts of the body such as lungs, brain or other internal organs. Over the years, researchers have tried using genetically modified variants of various viruses, including polio and measles to fight against different types of cancers.

Read more: The Herpes Simplex Virus can be used to fight Cancer: Research

Apart from Imlygic, the FDA has also approved a string of new medicines known as ‘immunotherapies’ that stimulates the body’s immune system to combat cancer cells. Melanoma was once considered as the most difficult cancer to treat. However, since 2011 the FDA has approved seven new drugs that have been proven effective in the treatment of skin cancer. It is worth noting that most of these drugs block the protein produced by these cancer cells, which hinders the body’s response to cancer cells.

How does it work?

The drug, Imlygic can be injected directed into the tumor tissue. This wonder drug is known to employ the herpes virus as a Trojan horse, where it has the ability to infiltrate and rupture cancel cells. According to the team that has created this drug, Imlygic combines a gene particle which is meant to stimulate the immune system with a mutilated version of the herpes simplex virus, the strand that causes cold sores in the mouth.

Imlygic, chemically referred to as talimogene Laherparepvec or T-VEC multiplies until the membranes of cancer cells burst open. Meanwhile, the gene particle creates a certain type of protein that stimulates the immune system to eradicate melanoma cells in the tumor as well as other parts of the body.

According to a statement issued by Amgen Inc. patients need to be treated with this drug for at least 6 months or until there are no more traces of the drug remaining in the body. It has been estimated that one course of the treatment would cost as much as $65,000. 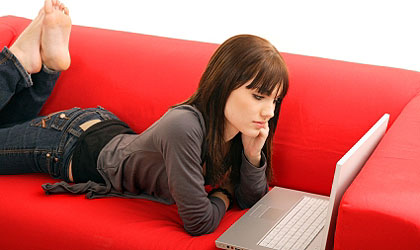 Next post Should you talk to others about your herpes infection?